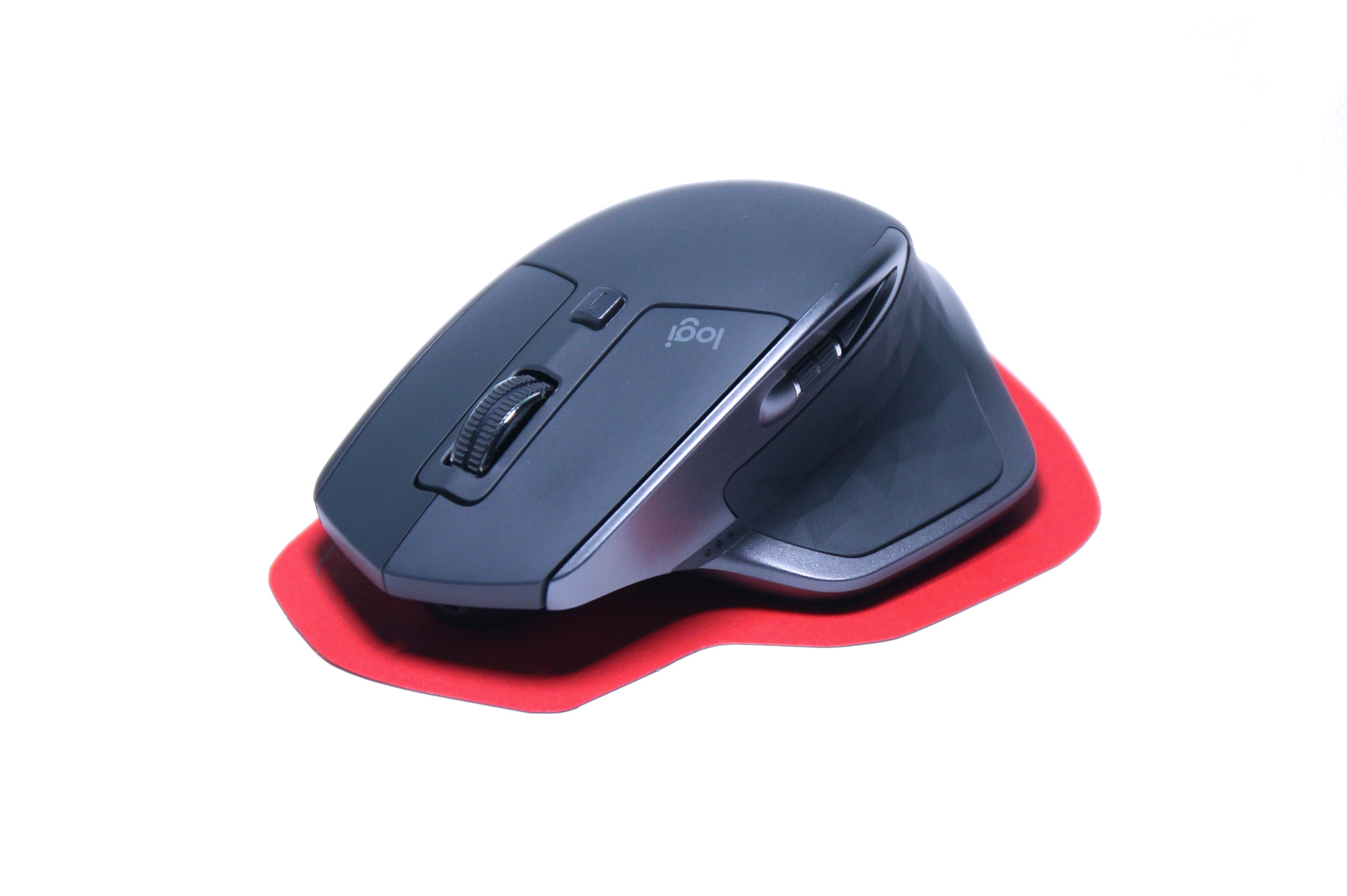 Why is it Hard to Draw with a Mouse and What Can You Do About It?

Were you a big-time whiteboard user before the work-from-home era? And now, do you just talk and gesture in Zoom meetings instead of using an online whiteboard? If so, you are not alone—many don’t even bother because they feel it is too difficult. Have you ever wondered why?

To start things off, here is a personal story some might relate to. After the pandemic hit, I had a video meeting with one of my friends. We wanted to discuss a technical issue. As we dug deeper and deeper in discussion, I felt the urge to start drawing to help us visualize our thoughts. So we opened a popular online whiteboard app and started drawing. Within a few minutes, we found it challenging to effectively draw and stopped using it. This incident made me reflect : what is happening here? Why did we find it challenging? I was confused since whiteboarding is a fun and efficient way to express ideas. Then it suddenly struck me. It is the mouse! Before I elaborate, let’s learn about the history of the computer mouse.

The History of the Computer Mouse

Douglas Engelbart invented the first computer mouse at Stanford Research Institute in 1964. This mouse had two perpendicular wheels inside a wooden box, with one button on the top. At first, they called it an “X-Y position indicator for a display system.” However, in 1965, Bill English – a colleague who helped Engelbert build the device – referred to it as a “mouse” in one of his publications because it resembled the small rodent. 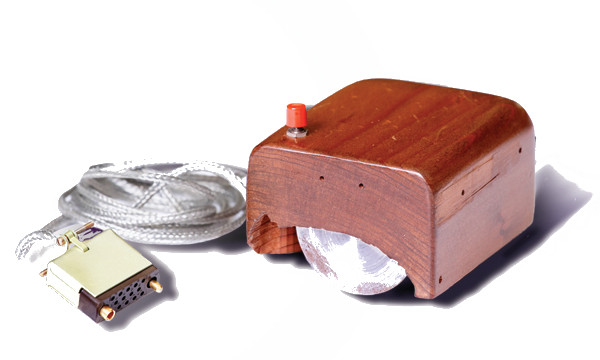 In the late 60s and early 70s, the wheels were replaced by a ball, resulting in smoother movements. Two companies introduced the same technology independently; First, the German Telefunken developed an optional input device for SIG 100-86 computer system called Rollkugel (rolling ball) in 1968. [1]

Four years later, in 1972, Billie English further enhanced Engelbart’s invention by replacing the wheels with a rolling ball. This version worked with Xerox Alto, the first personal computer and the first computer that had a mouse. Since the mouse made it easy to interact with the graphical user interface (GUI), Xerox kept offering it with their personal computers.

In 1984, Apple released the Lisa system with the Lisa Mouse, making it one of the first commercial mice. The Lisa Mouse was based on the one developed at Xerox.

Unfortunately, the ball mouse came with its own set of issues even though it became vital for computer users due to its ease of use. If you’re one of the former users of the ball mouse you might remember the times when you had to disassemble your mouse and clean its inside with rubbing alcohol and cotton swabs to make it work again. A new invention by Richard F. Lyon helped overcome this issue: instead of the ball, he added an LED and a light detector to measure movements. The first versions weren’t too popular because they needed a special mouse pad to operate.

In the late 1990s, Microsoft introduced the IntelliMouse Explorer with the IntelliEye optical tracking technology. This new technology eliminated the need for a special mouse pad and worked on almost any surface, rendering the mechanical mouse obsolete. [2]

The optical mouse overcame much of their surface issues, but multi-colored surfaces still could deteriorate their performance. However, replacing the LED with an infrared laser diode to illuminate the surface beneath the sensor diminished this problem. Even though the technology was ready in 1998, it wasn’t until 2004 that it became widespread in the consumer market.

During the last two decades, the computer mouse remained fundamentally the same. However, there have been many performance improvements.

The most notable innovation since the early 2000s was the introduction of the wireless mouse. These cordless devices usually transmit data via radio—either Bluetooth or Wi-Fi. Omitting the cable made the mouse much more portable.

How Does the Mouse Work?

After learning about its history, let’s learn more about how the optical mouse functions . It has a few key components [3] :

The prism drives the light from the LED to the surface at an appropriate angle. From there, it bounces back to the photosensor. The sensor takes successive images of the surface on which the mouse operates at a very high rate. The DSP calculates the motion distance by applying a digital image correlation algorithm on the consecutive images. The mouse then sends this information to the computer.

So, Why is it Hard to Draw with the Computer Mouse?

As you can see, the mouse measures the distance relative to the previous position and sends these deltas to the computer. This is a brilliant solution because it allows the user to be highly precise and accurate when pointing at items on their screen. It also saves space because you can lift the mouse and put it back to the starting position, all while the cursor on the screen stays at the same spot. With this “jumping” approach, you can traverse large territories on the screen while the mouse stays within a small area.

When using paper, you can simply mark it with the tip of your pen or pencil at the place where you want to draw. In other words, you use the absolute positions of the pen. In contrast, the mouse uses relative positions and distances, which makes the drawing experience unnatural and more challenging compared to paper.

Drawing From The Wrist

If you have ever learned how to draw, you might know that drawing lines from your shoulder or elbow is crucial. [5] As soon as you acquire this skill, your so-called line quality will increase, and your drawings will look much nicer. However, when drawing on a computer, moving the mouse from your shoulder or elbow would be overkill, except if you decrease the mouse sensitivity to a level that would render it unusable for other purposes. As a result, your lines almost always will be wobbly when drawing with a mouse.

Do you remember when you were learning how to use the mouse (or a touchpad)? At first, it wasn’t easy because you had to learn how to coordinate your eye and hand movements accordingly. Pointing is easy compared to drawing because the latter requires much more complicated motions. The less you practice, the more difficult it will be.

What Can You Do About It?

So how can you become a better collaborator during your professional meetings? When communicating complex ideas, visual communication is essential for others to understand your message.

Here’s what you can do to overcome those three issues I mentioned above:

If you don’t want to change anything in your settings, then the most effective thing you can do is practice. Practice, practice, and practice! Grab your favorite online whiteboard tool and try to draw: rectangles, triangles, circles, and arrows. Spend at least 10-15 minutes every day. With time, your drawing skills will improve. It usually takes a couple of months, but it is probably worth it because you will be very good at it in the end.

If you don’t want to spend months practicing drawing with a mouse, you can buy a tablet or a drawing tablet. A cheap drawing tablet will not have a screen, so you’ll still have to learn to translate your hand movements to the screen coordinates. I know multiple people who bought a drawing tablet at the beginning of the pandemic, but later stopped using it because it was too difficult to draw with them.

There is the option to purchase a costly iPad Pro or a similar high-quality tablet with a pen, but most of us use a laptop/desktop computer for work. Purchasing something that costs multiple thousands of dollars only for online meetings is highly questionable. 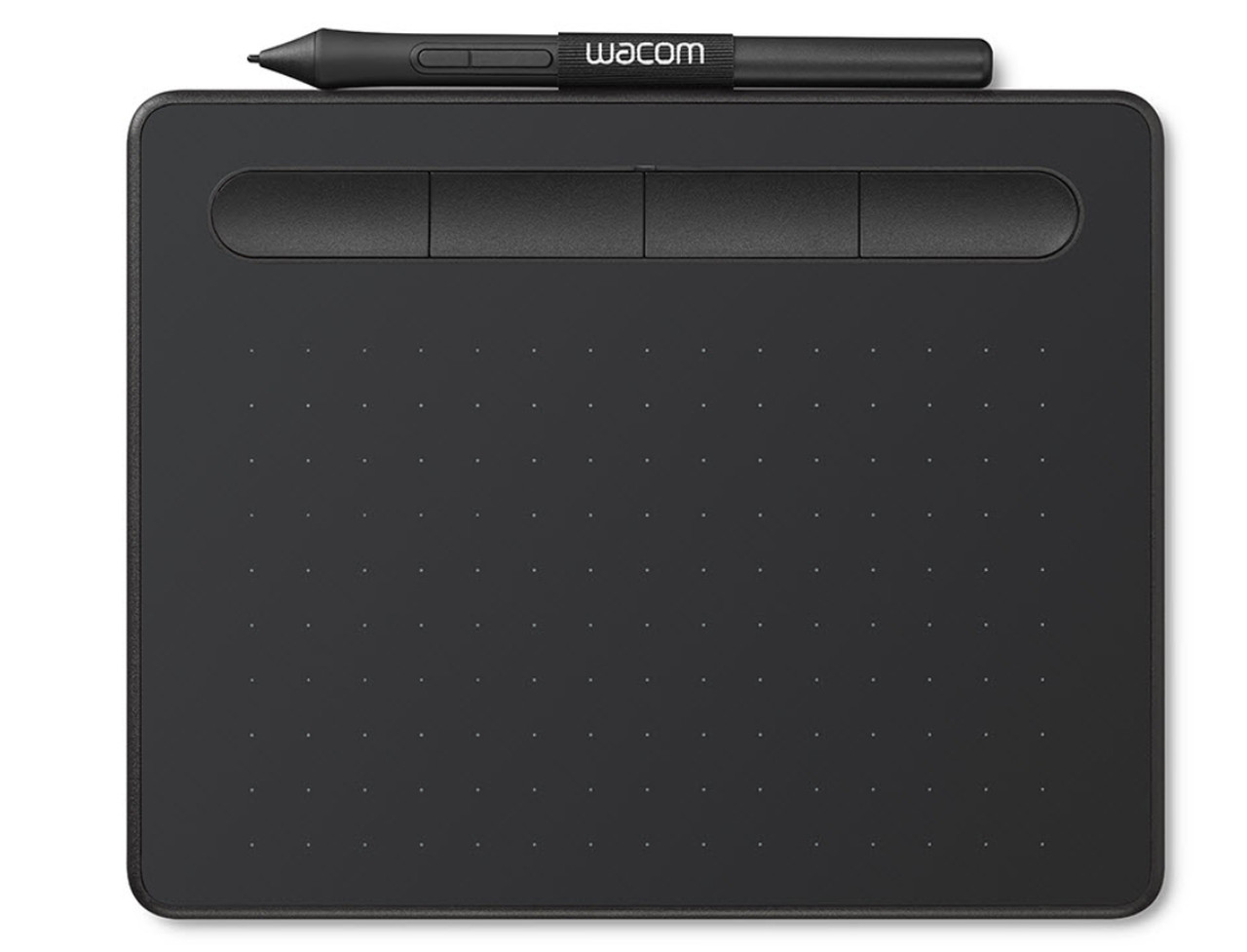 At Riddey, we develop an online whiteboard with a better user interface that makes drawing easy even for people with a mouse or touchpad. Thanks to the recent advancement in the A.I. (artificial intelligence) and the machine learning fields, we could achieve a greater user experience. Our software not only recognizes shapes but gestures as well. It also has a sophisticated input handling mechanism that makes it much more effective interacting with the whiteboard. You can try it out here for free.